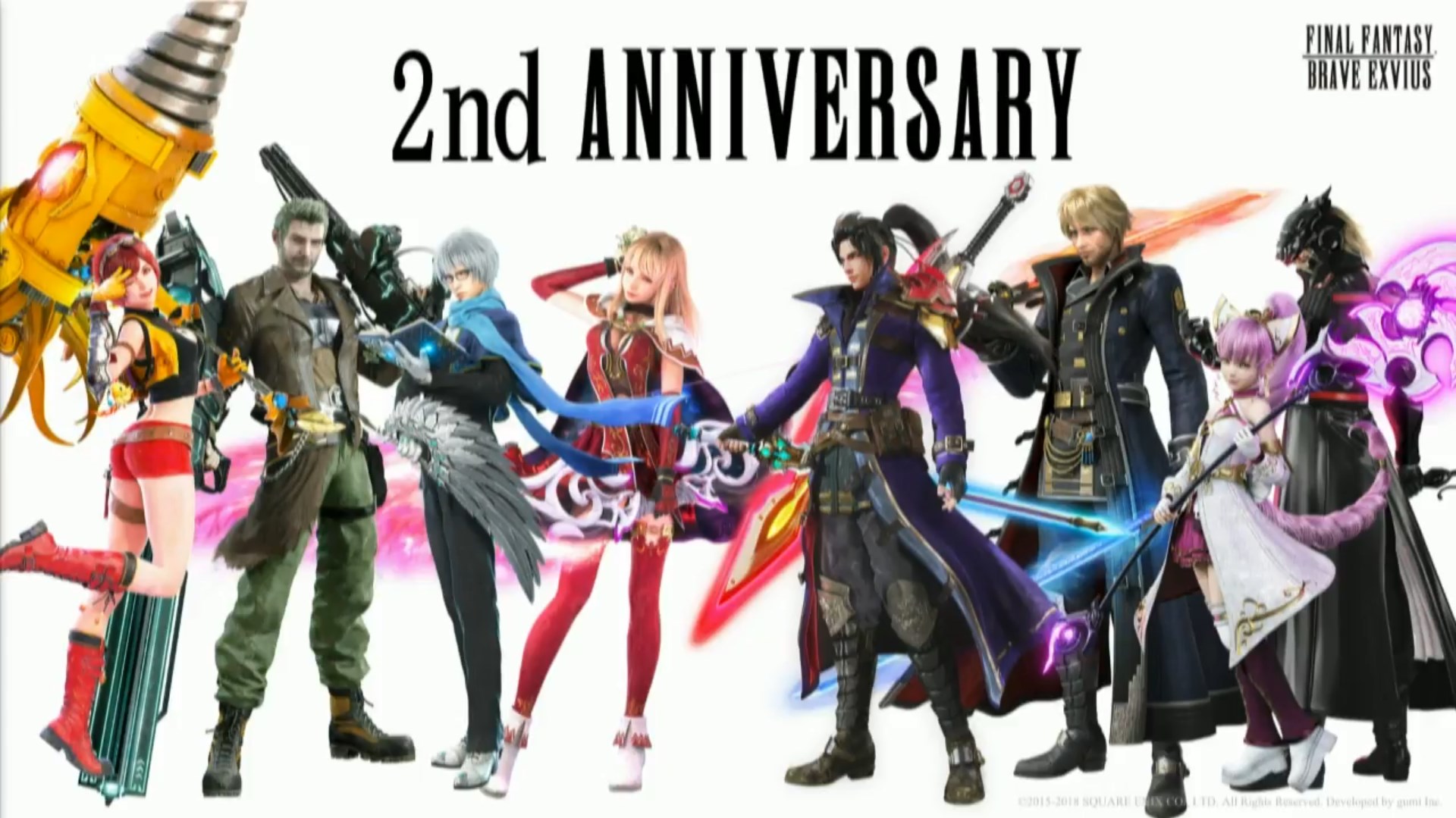 This page will contain summary of any FFBE related announcements from SQUARE ENIX presents E3 2018, celebrating the 2nd anniversary of FFBE on June 29. FFBE exclusive announcements [English and Japanese] will start on 6/13/18 17:00 PDT (16:00 PST), a couple days after SQUARE ENIX E3 press conference.

Stream has ended, rewatch them on YouTube. You may also watch a more detailed info on FFBE video update #22.

Just Cause 3 collaboration event from June 22 to July 5 as a raid event. Characters shown in the trailer:

Rico Rodriguez will be available for 7★ awakening at a later date. You will need two of the same units to awaken to 7★. 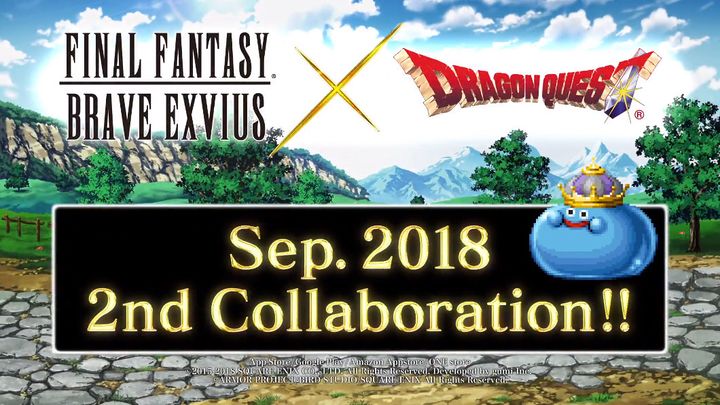 To celebrate upcoming Dragon Quest XI release worldwide, FFBE will be having another Dragon Quest collaboration event in September.

This event will likely mirror the 2nd Dragon Quest collaboration on JP. It's a raid event with second week challenge event. New batch of units appears alongside old batch from the 1st collaboration. The raid summon will drop trust moogles for both of them, as well as a rare, free unit called Marquis de Léon.

For more info on the new units, check the following reddit wiki links: 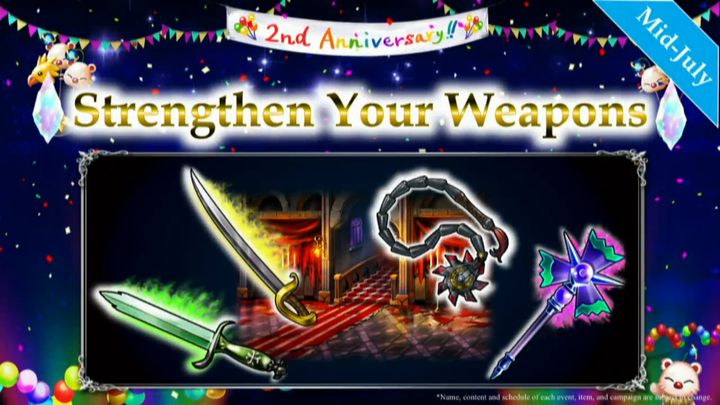 A new type of event will be introduced mid-July. You will be able to strengthen your weapons through this event. 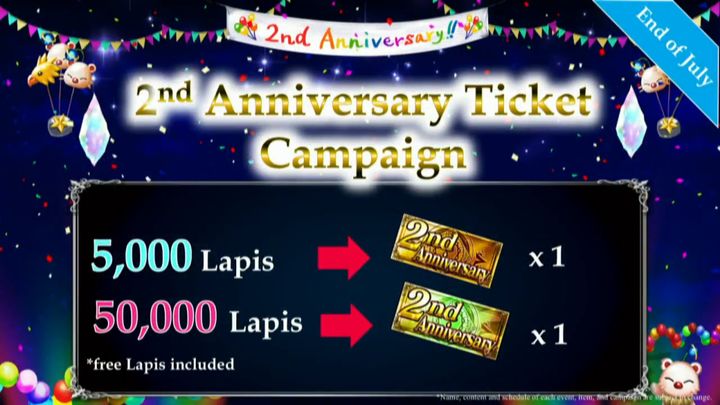 Special summon tickets will be given for the lifetime amount of Lapis you've used on summons from the game's release up to June 27th maintenance.

You can use these tickets on a special banner. The banner and tickets will be available at the end of July. 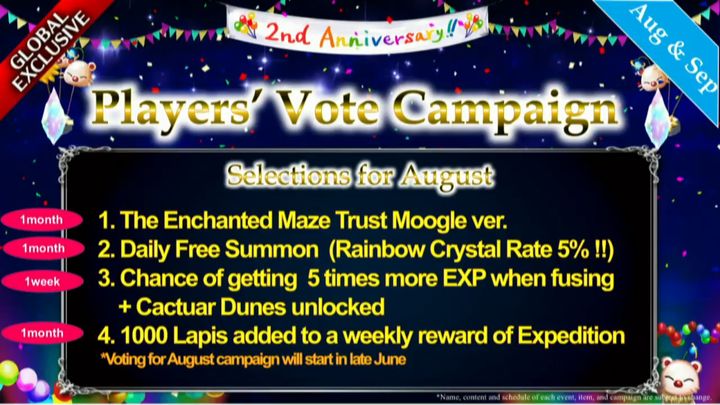 Players will be able to vote which campaign we want to run for August and September. For the August campaign, there are 4 choices, and the voting will start from June 29 to July 11: 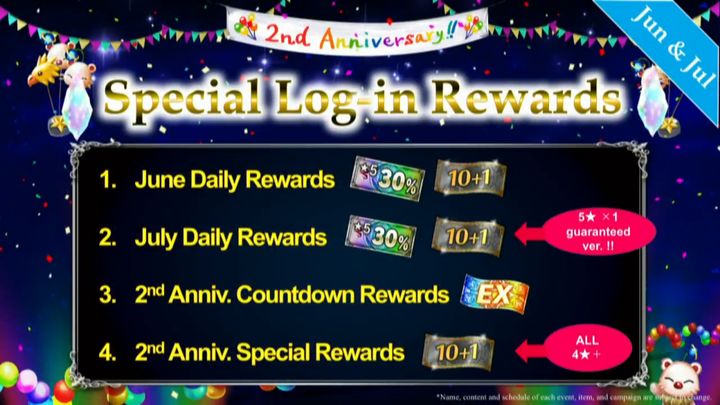 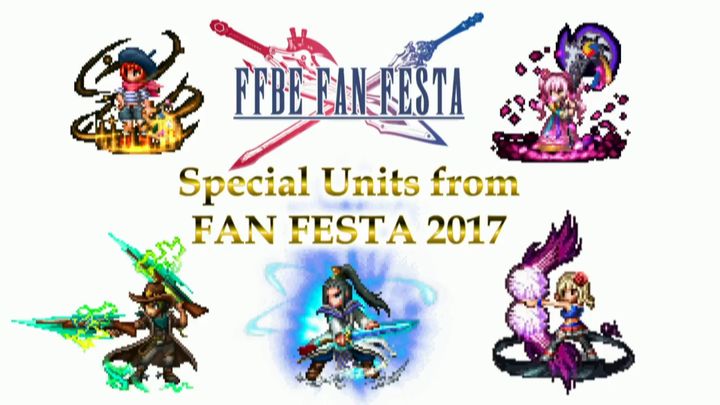 Login throughout June and July to receive rewards above. The daily login bonus on July will end with 10+1 ticket that will guarantee one 5★ instead of 4★+.

2nd Anniversary Countdown will reward you daily from June 15 to 28. You can obtain one 5★+ Guaranteed EX Ticket plus more rewards, including 10+1 ticket. 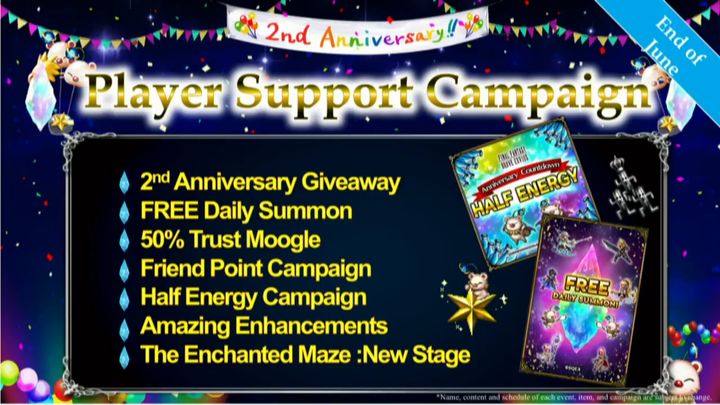 Other bonuses that will come during anniversary. The 50% Trust Moogle will be rewarded after completing story up to a certain point. If you are behind on the story use the half NRG campaign to catch up.

Are we going to get an upgrade to the rewards obtained from arena?
We are planning to at some point, but we can't say how or when. 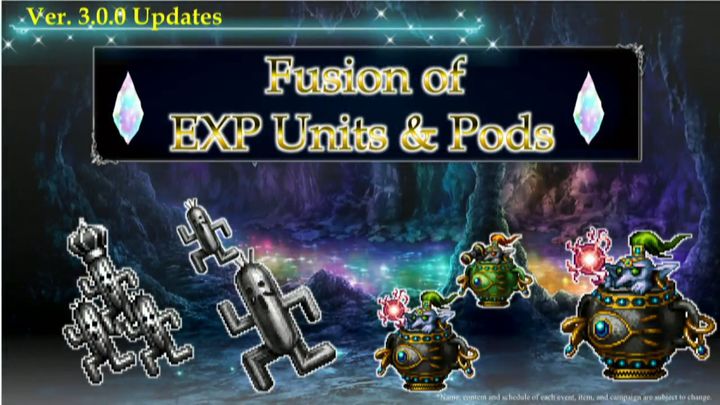 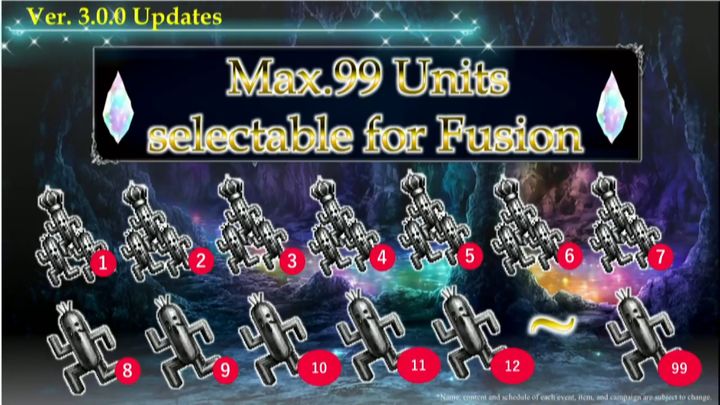 Enhancers such as Metal Cactuars and Stats Pots will be able to be fused, and their enhance value will add up to a certain limit. In the case of EXP enhancers, you can get great or amazing success and increase the EXP value even further.

Fuse limit will also be raised from 5 to 99 per fusion. 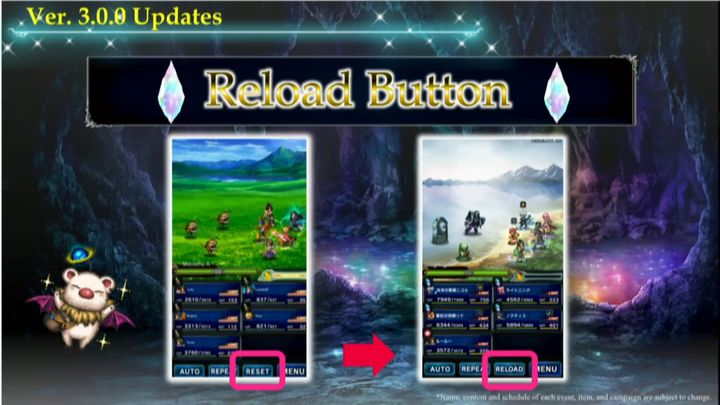 Reset button will be replaced with reload button. It'll load units with actions previously done, and you can still manually press the units yourself. 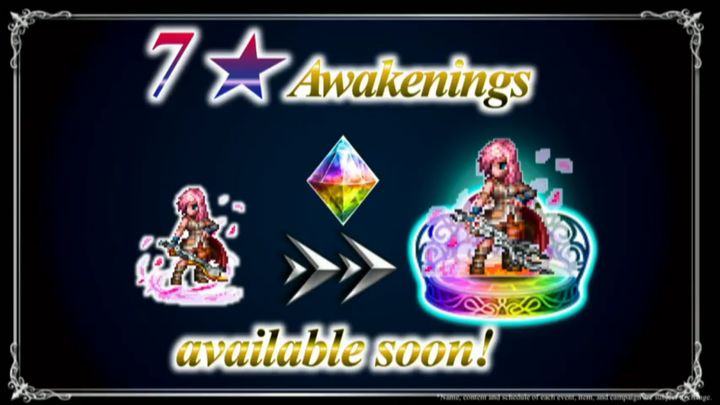 For more information about 7★ and STMR, read this FAQ. More info on this will be released in FFBE YouTube channel on July.

Units from Just Cause 3 and Dragon Quest collaboration event will be available for 7★ awakening.