In a dark nameless corner of the world existed twelve weapons so powerful they disrupted the very fabric of space in the dimensional vortex. Their source was the twelve spirits of chagrin. The rare powers they possess have left them without happiness, detached from reality, and disgraced having given up all loyalties.

All these spirits will hear are the voices of the strong. They search for them. For those who are just, and full of integrity. In responding to their call, one must stand unshaking. The twelve weapons can only be ascertained by those able to do so.

How to access[edit | edit source] 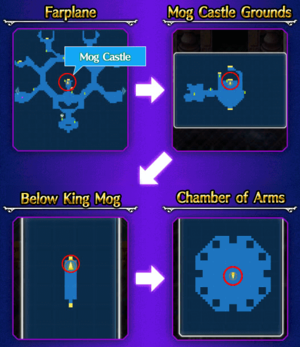 To access the Chamber of Arms, go the Farplane and enter the King Mog's castle.

Once you've accessed the Chamber of Arms, the shortcut will be available from the home menu, Vortex > Nemeses.

Unlike regular battles, the battles in the Chamber of Arms uses up to 10 units called swap battle. 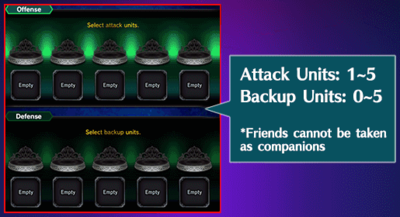 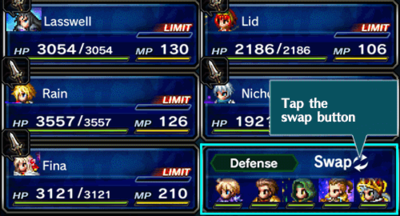 All trials are unlocked from the start, with the exception for Warden Welter. To unlock Warden Welter, clear the rest of Chamber of Arms trials on their true, harder difficulty.

The added rating is unofficial and might not reflect accurately. 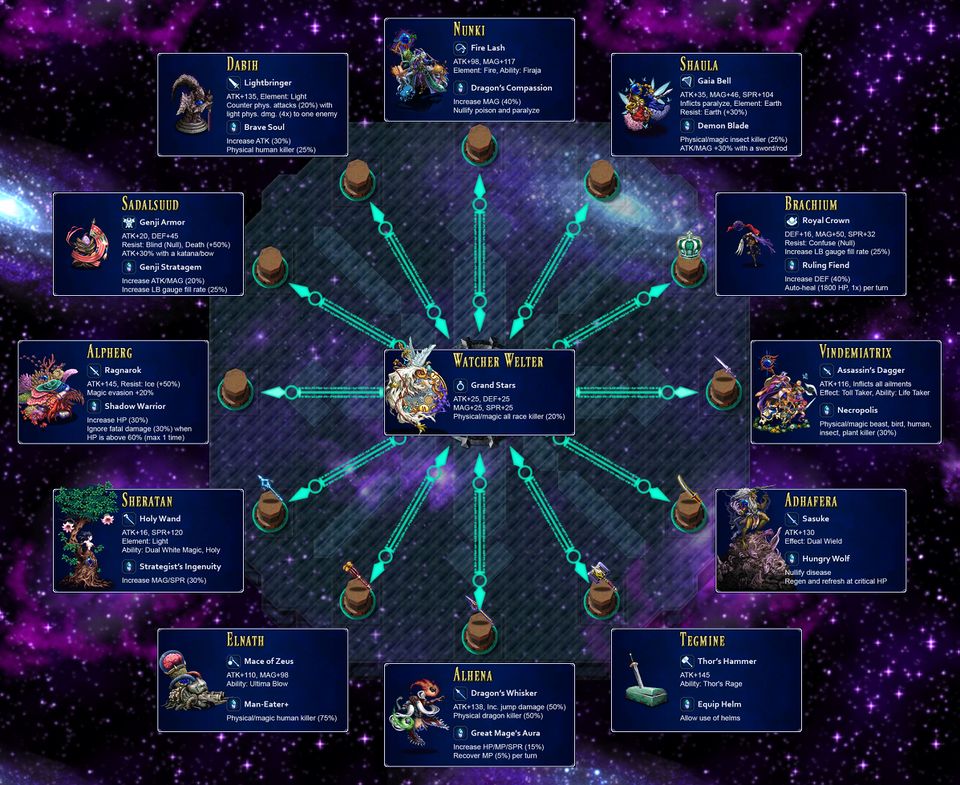 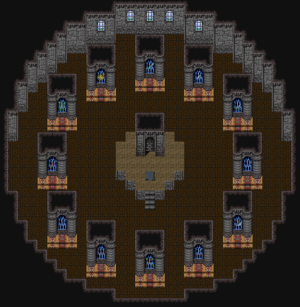 The chamber of the Sealed Weapons in FFV.

Chamber of Arms is based on the Sealed Weapons (伝説の12の武器, lit. "12 Legendary Weapons") found in Final Fantasy V. They are legendary weapons used to defeat the necromancer Enuo a thousand years ago. After Enuo's defeat the weapons were sealed inside Kuza, the Sealed Castle.

When Exdeath merges the two worlds by shattering the Crystals, the two halves of the Sealed Tome also reunite, giving Bartz and the other heroes information on where to find the Tablets that can unseal the weapons and use them to defeat Exdeath. There are four Tablets scattered throughout the world. Each Tablet can unseal three sealed weapons of your choosing.

The trial boss names are based on a star in constellations from the twelve zodiac signs:

All trial bosses can be seen holding a blue orb containing stars from the constellation they are a part of.