Please take a moment to fill out this survey on your gaming habits!

Exploration map is shared between all stages. Any chest opened will stay open in other stages. Beating the boss will immediately clear the exploration without option to re-explore.

In HARD map, you may fight against Tantarian by examining the bookshelf marked with a purple star as shown below. Tantarian is stronger than other regular enemies found in this exploration, using up to 6 physical attacks per turn. Defeating it will reward you with 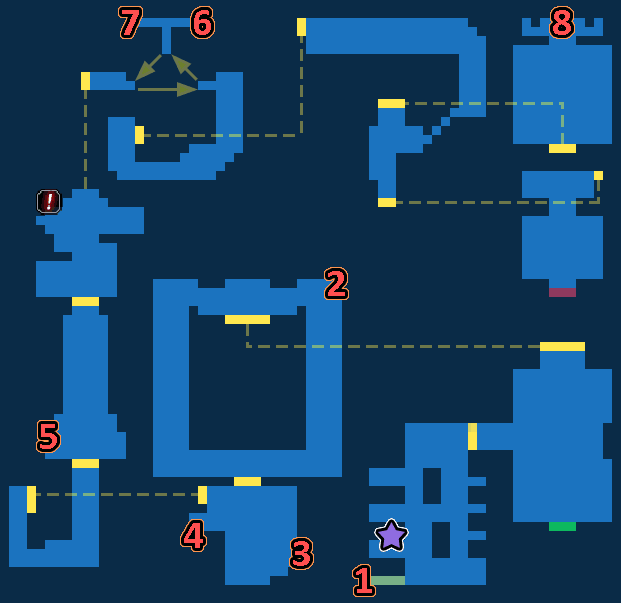