King Mog will exchange various rewards for Karma within the event period. You can obtain Karma by defeating enemies inside the event dungeon. Having more Brave Frontier units on your party will give bonus to the amount of Karma earned.

Spoken of in a faraway world, the mythical land of Grand Gaia.

The memories which have appeared in the dimensional vortex are that of a "hero aflame", one who fought against the gods in a never ending war.

Determines to become like his father, the knight, despite losing to his rival, a talented swordswoman, he never let up on his strict training...

This man would go on to fight the gods themselves which had more in their goal to destroy the humans.

What might go through Rain's head as he comes face-to-face with these memories?

Using Brave Frontier units will increase the amount of Karma received in the stages, the bonus is cumulative so you can use as many as you can, including a friend unit.

All qualified players will receive one summon ticket if the designated Facebook event thread reaches 3,000 responses (the total number of interested, going, and times share) by 11/24 23:59 PST. 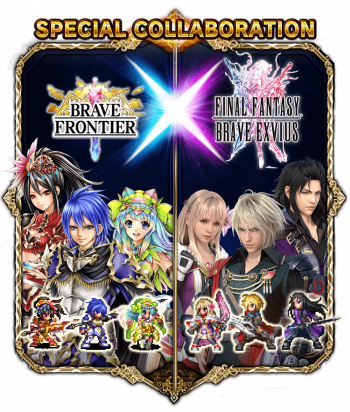 You can find King Mog in the Farplane to purchase time-limited event items with karma until claim period is over.

Trial of the Creator[edit | edit source]

Main article: Trial of the Creator

Trial of the Creator[edit | edit source]

Main article: Trial of the Creator

Make sure to trade all event currency before the claim period is over! King Mog will no longer sell event items once it does.