For other uses, see Leviathan (disambiguation).

An esper enshrined in some ruins in Paladia and worshipped as the water god. Leviathan has a beautiful and majestic appearance of a dragon, and is quite gracious and receptive of humans. But as an esper, Leviathan will not hold back in determining one's power, and will relentlessly attack with powerful tides and torrents. It is very difficult to make Leviathan acknowledge one's power, but if successful, Leviathan will grant its power in great ways.

Leviathan can be obtained after you defeat it in Ruins of the Water God. To unlock the dungeon talk to this person in Nature Capital Naturia: 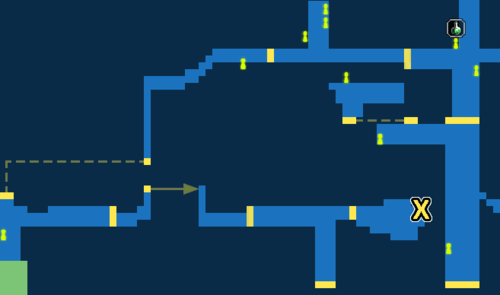 Then return to the world map to see Ruins of the Water God unlocked.

Once you have leveled them to Level 40, New Trial of the Water God will appear with an even more powerful version of Leviathan. Defeat them and Leviathan will be upgraded to 3-star

Its resistance to silence is +100% when it reaches 3-star