Odin refers to an esper. For an enemy, visit Odin (Monster).

An esper which resides in an old castle on the Zoldaad continent. It appears wearing a helmet and solid armor, accompanied by his beloved six-legged horse. It tests humans who dare visit the castle with its mighty lance and sword, capable of felling foes in a single strike. Though it is not an easy task to gain the recognition of Odin, should one succeed in impressing him with their power, he would become an ally reliable like none other.

Odin does not gain bonus xp from any magicite.

Odin can be obtained after you defeat him in Eroded Castle. To unlock the dungeon, talk to this person in Downtown Zoldaad: 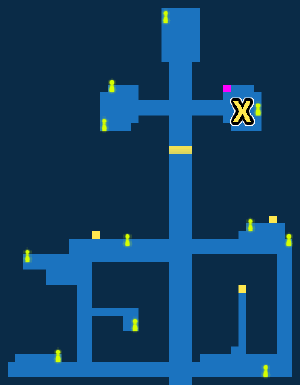 Once you have leveled Odin to the maximum level (30), an additional dungeon in Eroded Castle, Trial of the Blade, will appear. Defeat his stronger version and Odin will be upgraded to 2-star

Once you have leveled him to Level 40, New Trial of the Blade, will appear with an even more powerful version of Odin. Defeat him and Odin will be upgraded to 3-star

His resistance to paralyze is +100% when he reaches 3-star