This is your chance to find metal gigantuars, gil snappers and rare mini burst pots to enhance your units, as well as rare materials like those used to awaken your units! 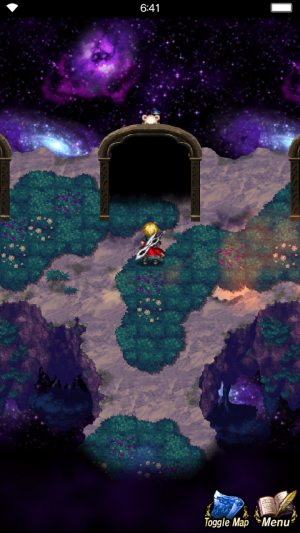 Moogle showing you the correct way

Note: Does not include the occasional spawn of a moogle

This leads to an expected 45,370 EXP per run, while ignoring moogle chance.
The minimum experience you will get per run is: 35,040 EXP per run.

The set of doors will always be one of the following combinations. There is no way to know which one it is per floor unless a moogle provides a hint. 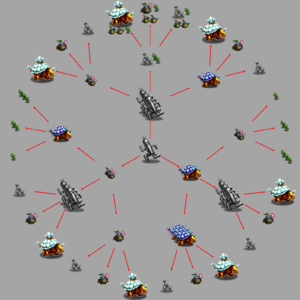 The pathing for XP as the first encounter

Given the room combinations there are 81 different paths one can take. There are 3 paths that are the most desirable (the 3-of-a-kinds).

Chance to get to each room